This page will be updated as new information becomes available. 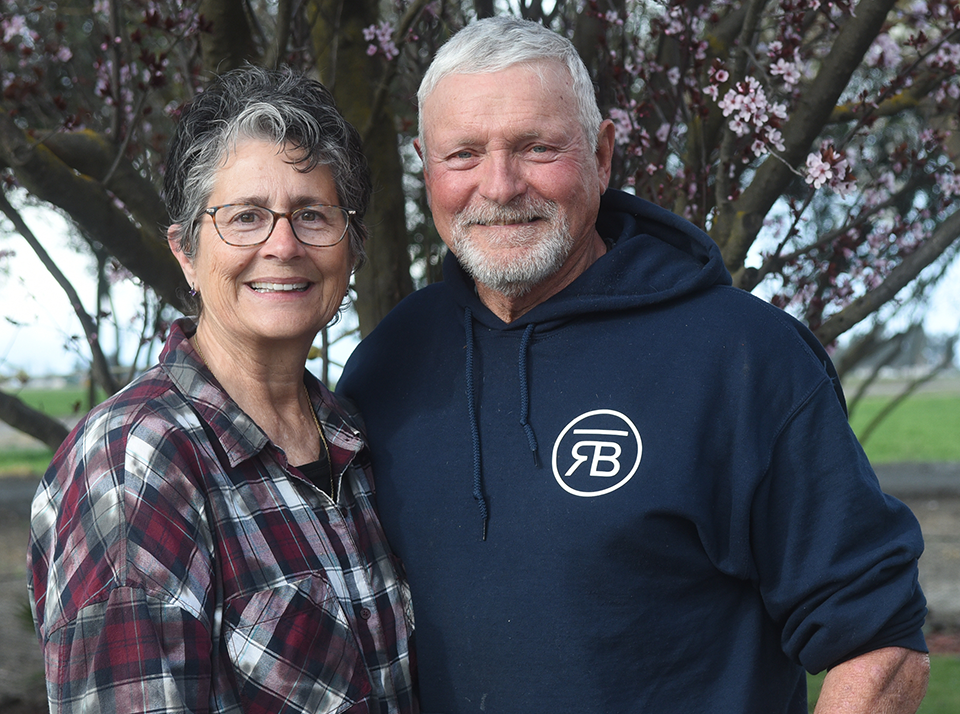 Good things take time, it is said, and eventually everything will come together. For Rhonda and Larry Borelli, Sr., eventually is here.

Both were chosen in 2020 to be the Grand Marshals of the Merced County Spring Fair in Los Banos, but due to COVID the fair was cancelled. Now, in 2022, they will fulfill their title as this year’s Grand Marshals at the fair, which runs from April 27 through May 1.

For Larry, the family roots of agriculture run deep. He was born in Dos Palos and has been a farmer most of his life as was his father before him.

Early in his life Larry also worked for the San Luis Canal Company. Currently Larry grows cotton, fresh market tomatoes, alfalfa, wheat, and white corn. He has been a member of the fair board for 12 years, from 2003 to 2015.

Rhonda was born and raised in Los Banos and has been a hospital medical coder for Memorial Hospital in Los Banos for the past 40 years.

Both Larry and Rhonda were actively involved in the Spring Fair, also known as the May Day Fair, while in high school in the mid-60s. Larry was showing animals in the FFA, while Rhonda was active in 4H with entries in cooking and sewing.

"The Merced County Spring Fair is important to Los Banos," Larry said, "because it helps keep the community core together.

"And it helps keep the community connected to agriculture," Larry said. "If you want to see the diversity of local farming, the fair is the place to be.  Every day it’s something different. There are dairy cattle in the arena. There are sheep and goats, and some days there are rabbits and birds.”

Both Larry and Rhonda are very proud of the Little Hands agricultural exhibit at the fair. The first year that Larry was a fair director he was part of helping create the exhibit. And Rhonda continues to volunteer inside Little Hands each year by helping the children understand the importance of agriculture in the Central Valley.

Larry remembers local dairyman Phil Fanelli back in the early 2000s showing children how to milk cows by hand. Then, years later, with funding from Hilmar Cheese, the fair built what is now a 7,200 square foot agriculture exhibit called the Henry Miller Farm, with many different animals which fairgoers can pet. As the fair continues to grow, Larry said, "the main theme continues to be agriculture."

Rhonda volunteers each year at the Merced County United For Life booth located in the O’Banion Building. She enjoys interacting with children who are inquisitive about the various stages of the unborn children and providing information for them.

Over the years Larry and his son Nathan of Turlock, have been working at the junior livestock auction, where all of the animals are sold after they have been shown by the FFA and 4H students. Nathan and his wife, Elizabeth have three children, Abrianna, Rocco and Matteo.

When reminiscing about the years of working the fair auction Larry said, “I was blessed to work with a bunch of really good people. I enjoyed it so much.”

The Borellis have two sons and a daughter. They have seven grandchildren, five boys and two girls ranging in ages from eight to 17 years old. And they are all involved in 4H or FFA.

Their daughter, Natasha Crivelli recently graduated from the California Agricultural Leadership program and is currently the President of the Merced County Spring Fair Board after being appointed in 2015 by the late Merced County Supervisor Jerry O’Banion. She and her husband, Chris, farm in Dos Palos.

Their son, Larry Borelli, Jr., is an agriculture teacher at Los Banos High School. Larry Jr. and wife, Mindy of Los Banos have four children, Larry III, Angelina and Luke. As an ag teacher, Larry Jr. continues to promote agriculture as his father taught him.

"Agriculture teaches life skills," the elder Borelli said. “It can be growing a potted plant to raising a bird, rabbit or whatever. Learning the importance of responsibility may be the most important life skill.”

The Borelli’s will be part of the Merced County Spring Fair May Day parade in downtown Los Banos on Saturday, April 30, and they will be participating during the opening ceremonies each day of the fair.