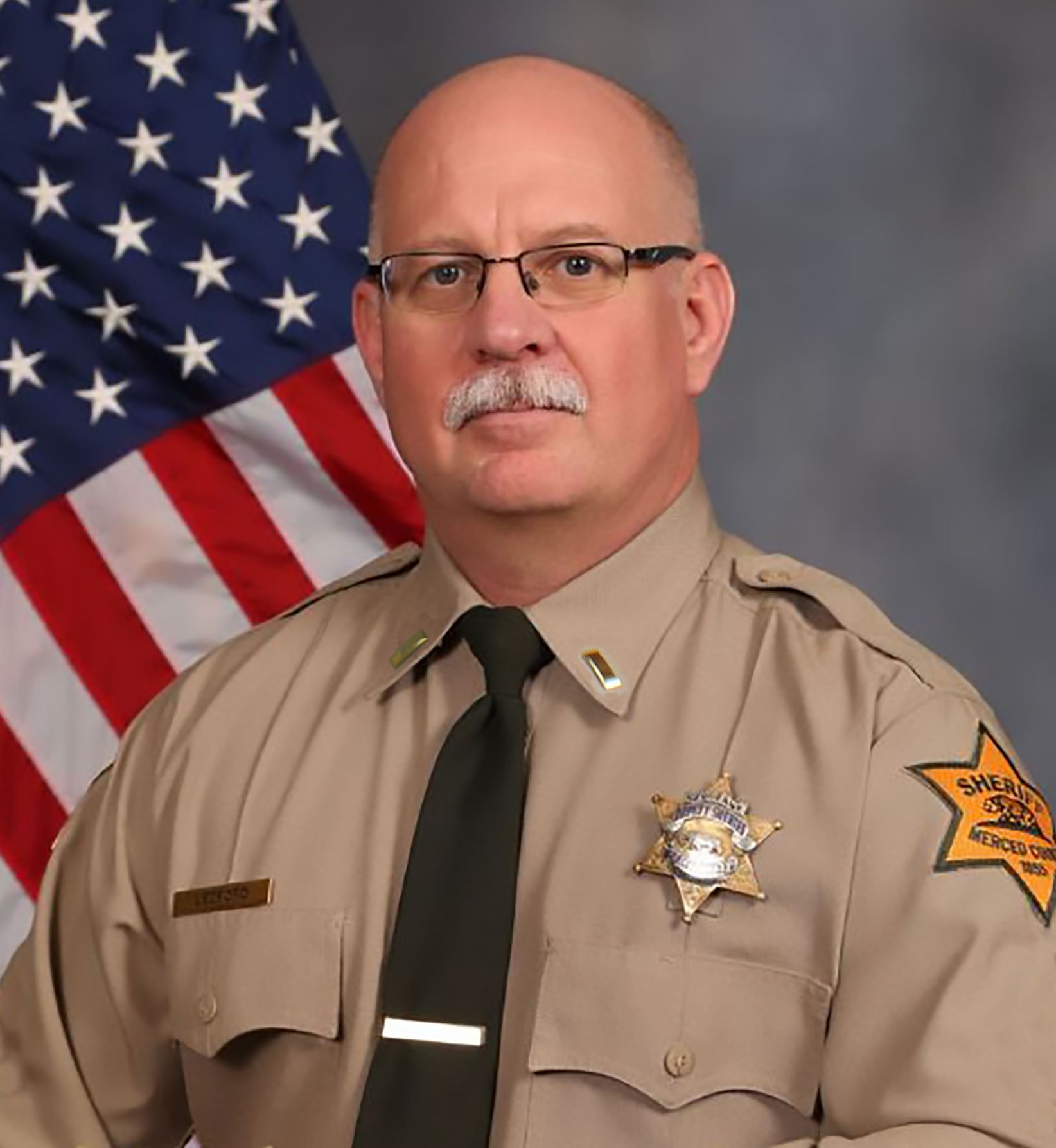 the Merced Sheriff’s Office Ledford served eight years of active duty in the United States Army.  During that time Ledford was deployed during Operation Desert Storm and Operation Joint Endeavor.

Ledford began his career with the Merced Sheriff Office in April of 1999 as a volunteer Reserve Deputy Sheriff while working other jobs at the time.  Ledford took advantage of his GI Bill benefits and put himself through the academy at Modesto’s Ray Simon Criminal Justice Training Center.  Ledford was hired as a Deputy Sheriff in March of 2000.  Ledford worked in all of the cities and towns throughout Merced county during his service as a patrol Deputy.

Ledford was selected as a Field Training Officer (FTO) in 2005.  In 2006 he was selected for an assignment in Detectives.  While in the detective unit Ledford worked several assignments and different types of investigations.  These ranged from property crimes to major crimes.

In December of 2012, Ledford was promoted to the rank of Sergeant.  Upon his promotion, Ledford was assigned to patrol.  In 2014, Ledford was assigned as the Sergeant at the Coroners office.  As the Chief Deputy Coroner, Ledford often worked with the Deputy Coroners and Forensic Pathologist Dr. Mark Super with death investigations.  During this time Ledford took over as the supervisor for the Merced County Sheriff Search and Rescue Team (SAR).  Ledford also started an Unmanned Ariel Vehicle (UAV) program.  The UAV program was initially started to make SAR operations more effective.  The program has since grown to include UAV’s which are capable of nighttime operations.

In October 2017, Ledford was assigned as the Administrative Sergeant.  His responsibilities included supervising backgrounds, hiring, recruitment, and training.  Ledford is very proud to have had the opportunity to be involved with the recruitment and selection process at the Merced Sheriff’s Office.

In March of 2020, Ledford was promoted to the rank of Lieutenant.  With the promotion, Ledford has recently been assigned to oversee the daily operations of the Charles F. Bludworth Sub-station, Merced Sheriff investigations Bureau, STAR Team, MAGNET, and the Coroner's Bureau.

One of the most rewarding programs Ledford is involved with is the Sheriff Explorer and Sheriff Activities League.  These programs are designed to provide mentoring and leadership development of youth within Merced County.  Ledford has continued to work with local schools and businesses to help keep these programs going.

Lieutenant Ledford is proud to serve the community and enjoys his work with the men and women of the Merced County Sheriff’s Office. Lieutenant Ledford received his Bachelor of Science in Criminal Justice Management in 2020 from Union Institute and University.