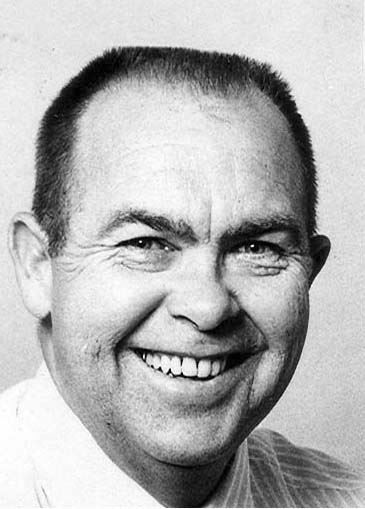 Jerry Brockman was born in Mann, West Virginia, on February 26, 1940. When he was five years old, the family moved to Las Vegas, Nevada, where Brockman remained until he joined the Marine Corps in 1957. Brockman married Florence Gayle Lawler in 1959 and ultimately had two children, Janelyn Denisse, and Cory Richard. Following his discharge from the Marine Corps, Brockman became a police officer for the city of Livingston in 1961 but left after two years. In 1963, Brockman accepted a job as a dispatcher for the Atwater Police Department for a short time before he took a clerk job at Nilo’s Market in Winton. In April of 1965, Sheriff John Latorraca swore Brockman in as a deputy sheriff, issued him badge #32, and assigned him to the Planada resident post.

Brockman began attending Merced College in 1967.  In 1969, he had earned his degree and was promoted to sergeant.  He was reassigned to the Los Banos substation (then located in the same building with the police department). In 1972, Brockman was promoted to captain and made Undersheriff the following year.  It was during this time that he established an Officer Assistance Program and began pre-employment psychological screening of sworn staff.  In July of 1989, the Board of Supervisors appointed Brockman Sheriff following the retirement of Sheriff Bill Amis.

Brockman returned to his position of Undersheriff in 1990 upon the election of Tom Sawyer.  He retired from full-time county service on July 31, 1993.  His contributions included advancing the department’s technology-based resources by converting to an 800 MHZ radio system, establishing both a Computer Aided Dispatch (CAD) and automated Records Management System (RMS).

The Brockmans, married for 46 years, make their home on a ranch in North Merced within sight of the University of California Merced Campus.