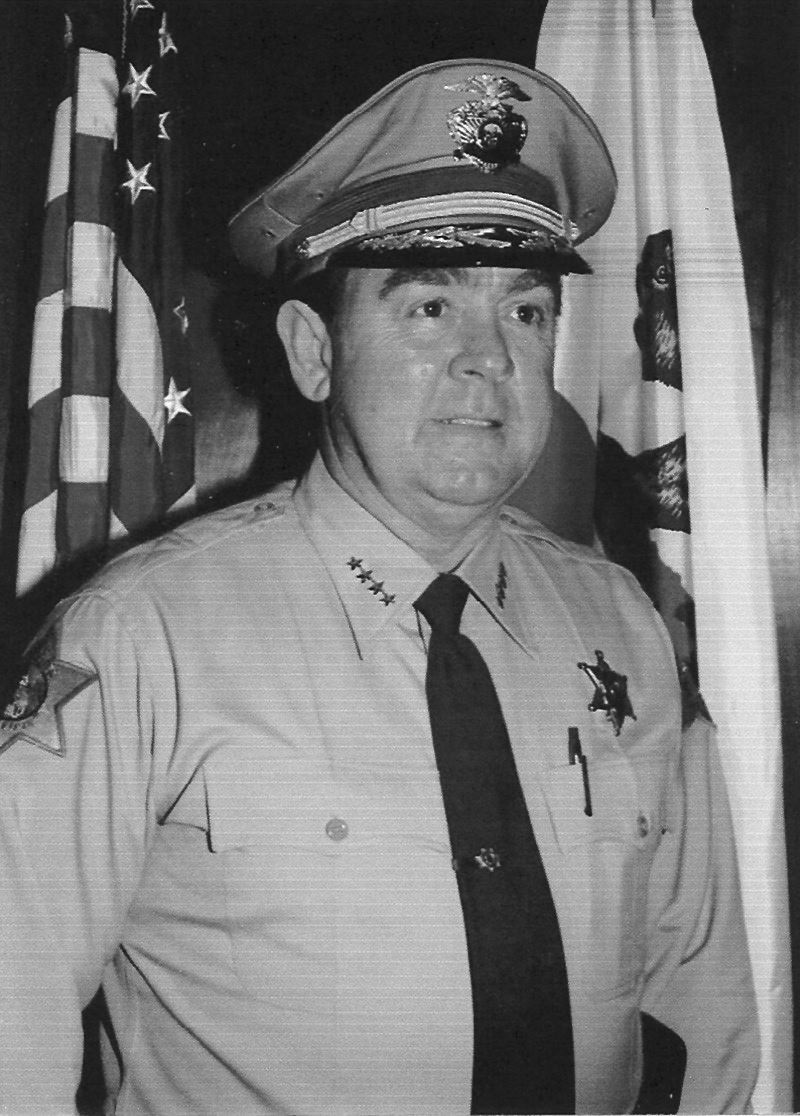 William Calvin Amis, Jr. was born to William C. and Nettie M. Amis in Sherill, Arkansas, in 1937.  The family relocated to California in 1939 as a result of the great depression, ultimately settling in the Planada-Le Grand area.  William Jr. worked at a variety of farms and canneries throughout the area to help support his family during these lean times.

From an early age, Amis would be fascinated by the planes flying to and from nearby Castle Air Force Base and joined the Air Force in 1954.  His eight years of service included tours in Germany, France, and New Mexico.

While stationed in New Mexico, Amis was married twice.  He wed Joann Olguin in 1959 and had two children, Jeffery and Nancy.  His second union was to Cynthia Triviz, with whom he had three sons, William III, Darin (currently a Merced County sheriff’s deputy) and Marc.

Following his military discharge, Amis joined his father in the family business and was sworn-in by Sheriff Jess Bowling as a reserve deputy sheriff the following year.

Following the sudden death of Undersheriff Mickey La Cava in 1965, Amis was sworn in as a full-time deputy. This appointment made Amis one of only eight patrol deputies, all of whom were assigned resident posts.  He attended Merced College during the day and graduated in 1970.  His education would continue throughout his career.

In 1969, Amis was promoted to Sergeant and would be instrumental in establishing the first Narcotics Task Force in Merced County.  His contributions would earn him a promotion by Sheriff Earl McKeown to lieutenant in 1973.

Later that year, McKeown died unexpectedly and then Undersheriff Jess Bowling was appointed to fill the Sheriff’s unexpired term until a special election could be held.  Amis was promoted into the vacated Undersheriff’s position.

Sheriff Bowling became ill and, on November 1979, Amis was appointed Sheriff for the remainder of Bowling’s term.  Amis filed as a Sheriff’s candidate in the 1980 election, ultimately winning the office.  He was sworn in as Sheriff in January of 1981.

Amis was re-elected in 1984 and retired in July 1989, after nearly 27 years of service to Merced County.  He and his wife of 46 years, Cynthia, make their home in North Merced.