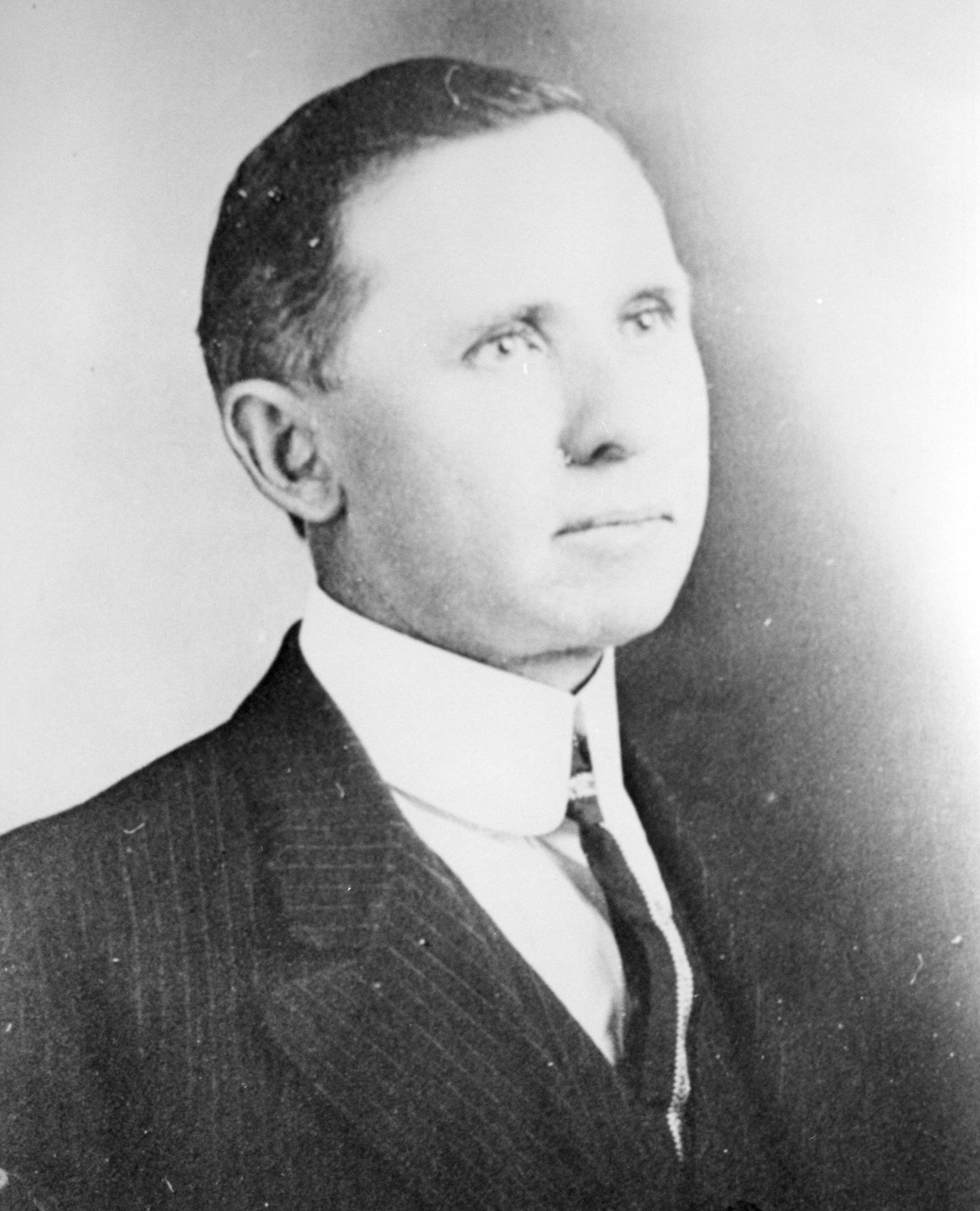 Samuel Counts Cornell was born in Coulterville, California, on July 22, 1868.  His step-father, a minister, moved the family around Northern and Central California, finally settling in Merced in October of 1885.  After the family established their home at 543 20th Street, young Sam began working at Terrell’s Grocery, located at the northeast corner of Canal and Main Streets.  He then moved on to become a freight agent for the Southern Pacific Railway, then a cashier for the Merced Bank.

Going into business for himself, Cornell joined with O. M. Oliver and opened a clothing business at Canal and 17th Streets (by 1902, it had relocated to Main Street).  He served five terms as City Clerk and eventually became the Superintendent of the county hospital.  Cornell subsequently opened an insurance agency while he was employed as the district manager for the local telephone company.

Amidst all these career changes, Cornell found time to get married in May of 1893 to Miss Jessica “Jessie” Wills of Cathey’s Valley.  The marriage produced two sons, Wilmer Wills and, future Sheriff, Nathan Lucius.

In 1906, Cornell was elected a City Trustee and served in that capacity until his election as Sheriff in 1910.  He ran for Sheriff again in 1914 and was unopposed.  In May of 1914, Cornell complained of stomach pain and the attending physicians had him moved from the 20th Street residence to the local sanatorium, where he died on May 27th of an intestinal obstruction.

The following is a portion of a contemporary, typically eloquent, newspaper story from the Merced Evening Sun reporting the Sheriff’s passing:

“News of his death was flashed about town and the community was inexpressibly shocked.  Hardly anyone had heard of the Sheriff’s illness and those who did had not dreamed of the critical nature of the case.  Everyone who knew him and that meant nearly all of Merced County, was Sam Cornell’s friend.  He was open-hearted and generous, and genial, and honest, and manly as the day is long.  His ear ever harkened to the call of distress and his time and purse were ever at the service of his friends.  Little wonder, then, that there was a stifled choke in everyone’s voice as the word passed, ‘Sam Cornell is dead’.”

Cornell’s funeral service was performed at Bethel M. E. Church South.  He was interred in the Masonic Cemetery in Merced.

Jessica Cornell passed away in Merced in September of 1950 at the age of 81.  At the time of her death, her son, Nathan, was the Merced County Sheriff.