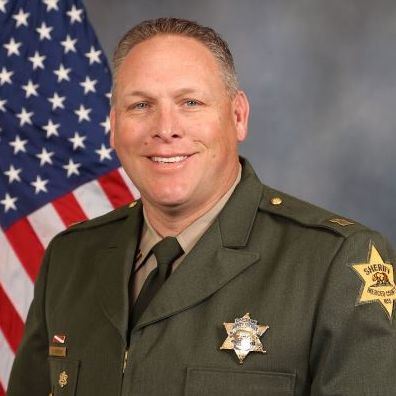 Captain Corey Gibson was born at the former Castle Air Force Base and raised in Atwater, CA where he graduated from Atwater High School in 1993. He was hired as a volunteer Reserve Deputy Sheriff by the Merced County Sheriff’s Office in 1997. In 1998, Captain Gibson attended the Ray Simon Police Academy in Modesto, CA and upon completing the academy was hired as a full-time Deputy Sheriff with the Merced County Sheriff’s Office.

As a deputy sheriff, Captain Gibson worked a variety of assignments including patrol, field training officer, Special Weapon and Tactics (S.W.A. T.), the Dive Team, boating enforcement and as a detective assigned to the Major Crimes Unit.

Captain Gibson was promoted to the rank of Sheriff Sergeant in 2011, where he worked patrol and oversaw the field-training program for newly hired deputy sheriffs. Eventually, Captain Gibson was assigned to Court Security where he insured the safety of the judicial staff and the public at all the court facilities in Merced County.

In May of 2016, Gibson was promoted to the rank of Lieutenant and was assigned to the Corrections where at different times he was assigned as the commanding officer of the Main Jail and the John Latorraca Correctional Center.

In October of 2017, Sheriff Vernon H. Warnke promoted Gibson to the rank of Captain and assigned him to the Correction’s Bureau. As the Captain of Corrections, he was responsible for the correctional facilities, court security, the civil division and community supervision of inmates released on electronic monitoring.

Captain Gibson graduated from Merced College with an Associate in Arts degree in Criminal Justice. He went on to earn his undergraduate degree in Criminal Justice from the California State University, Stanislaus. In addition, Captain Gibson completed the Merced County Executive Leadership Program hosted by University of California, Davis in 2019. Captain Gibson has also awarded the Life Saving Medal with Valor for his actions as a member of the S.W.A.T. team in 2010 during a hostage rescue mission.