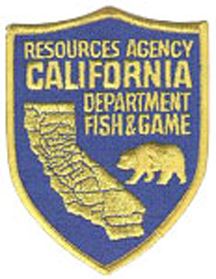 Deputy Warden Rodolph of the Fresno division was shot and killed on Nov 29, 1914, five miles east of Los Banos. According to Earl Farnsworth, Deputy Rodolph stopped him [Earl Farnsworth] and Len Sischo on their way back to town from a day of duck hunting. Rodolph wished to count their ducks, after having examined their hunting licenses. Farnsworth told him there would be no counting of the ducks; that there was no need of it as they had only 25 or 30 birds. Sischo testified at the coroner's inquest that Rodolph hit Farnsworth on the legs to dislodge his feet from over the ducks, then pulled Farnsworth from the cart where he landed on the ground, as Farnsworth rose from the ground Rodolph shot him, Rodolph then turned the gun on Sischo and while Rodolph had his back to Farnsworth, and his gun pointed at Sischo, Farnsworth shot Rodolph twice in the back. Farnsworth and Sischo then returned to Los Banos where they met Dr. R. Moretti, and the authorities were notified.

His upcoming marriage to Miss Baldwin was announced two days prior to his death.