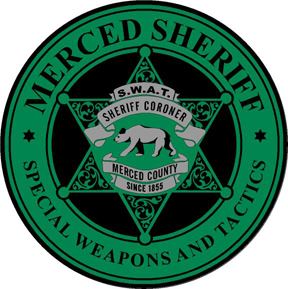 The SWAT Team is an elite tactical unit in the Sheriff's Office. SWAT deputies are trained to perform high-risk operations that fall outside of the abilities of regular deputies. Team members' duties include but are not limited to:

The SWAT Team is equipped with specialized weaponry and equipment, in order to bring high-risk and/or critical incidents to a successful conclusion, and reduce the risk of injury or loss of life to citizens, peace officers, and suspects.

The SWAT Team is available to local, regional, state and federal law enforcement agencies upon request, and approval of the Sheriff or his/her designated representative.

The Crisis Negotiations Team (CNT) iscomprised of highly trained negotiators, who through persuasion, communicationand rapport-building, will minimize the need for force, complement the missionof the SWAT Team, and bring the existing crisis to a successful resolution.This team has been specifically trained and equipped to diffuse criticalincidents through the use of verbal communication.