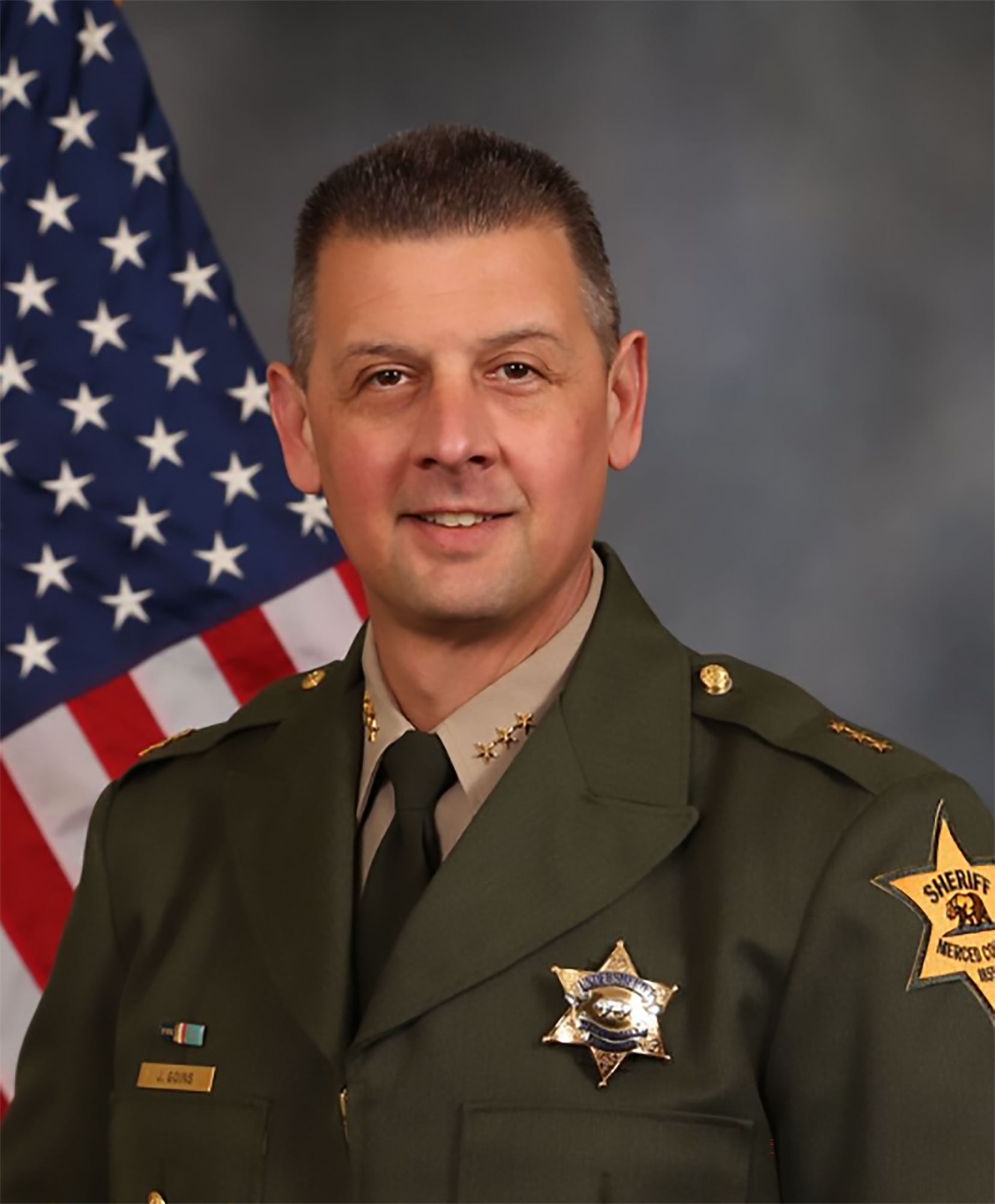 Undersheriff Jason Goins was born and raised in Los Banos and graduated from Los Banos High School in 1988.  He was hired as a reserve police officer and dispatcher by the Dos Palos Police Department in 1989.  The same year, he attended and graduated from the Modesto Police Academy.  Upon graduation, he was hired as a full-time police officer by the Dos Palos Police Department at the age of 18.

Goins was promoted to sergeant in 2002 and worked as a patrol sergeant on the Westside.  He was later transferred to the Merced office and selected as the detective sergeant.  He also supervised the coroner’s office until his promotion to lieutenant in 2012.  During his time as a lieutenant, he was assigned to corrections and oversaw the Merced County Main Jail and the John Latorraca Correctional Facility.

In October of 2015, Sheriff Vern Warnke selected Goins to be his Undersheriff. As Undersheriff, he is responsible for the day-to-day operation of the Sheriff’s Office and reports directly to the Sheriff.

Undersheriff Goins earned his undergraduate degree in Criminal Justice Management from Union Institute and University.  He was also awarded a graduate certificate from the University of Virginia in Criminal Justice.  In 2012, he attended and graduated from the FBI National Academy – Session 248.