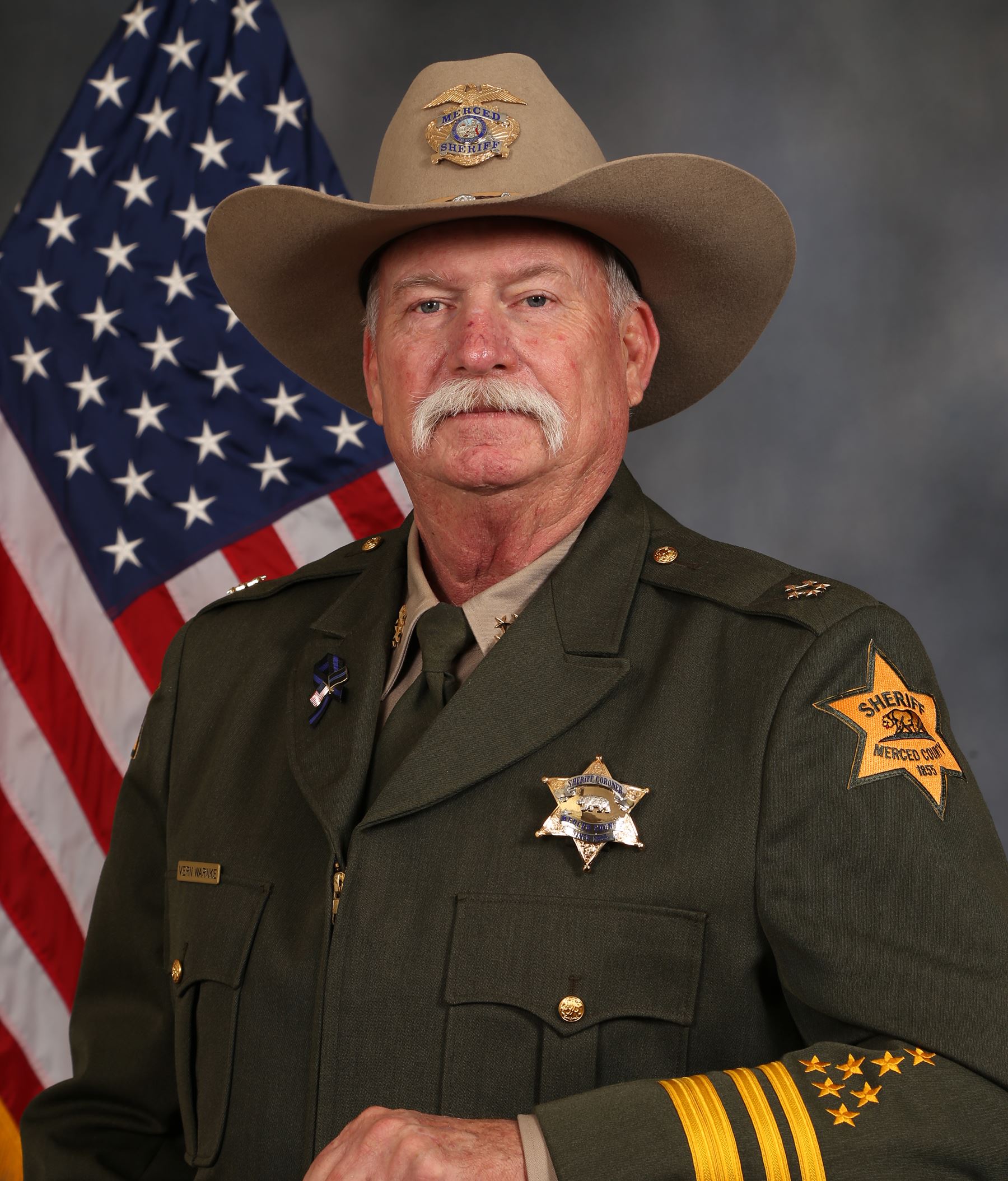 Sheriff Vern Warnke has proudly served his community as a member of the Merced County Sheriff’s Office for nearly four decades.

He began his law enforcement career with the department on September 15, 1979.  At that time, he was assigned to the patrol and Civil Bureau.  Five years later, he became a member of the Sheriff’s Office SWAT team as an FBI certified sniper.  He also led a project to build the department’s first SWAT van in 1985.  That same year, he was assigned to the Detective’s Bureau, becoming the county’s first agricultural crime specialist and the only deputy certified in livestock theft investigations.  Warnke served as a detective until 1992 when he was transferred to the coroner’s office as the first full-time deputy coroner.

In 1993, Warnke took on a new challenge as he helped to re-establish the Merced County Explorers program by setting up Explorer posts in every community and bringing the membership from just seven to 250.  He also became the county’s first full-time D.A.R.E. (Drug Abuse Resistance Education)officer, which paved the way for the current School Resource Officer program.  Warnke’s hard work and dedication to the children of his community were recognized that year when he received both the Merced County Employee of the Year and Officer of the Year awards.

In 1997, Warnke was promoted to patrol sergeant.  He served in that role until 2002 when he became the STAR (Sheriff’s Tactical and Reconnaissance) team supervisor.  One year later, he was promoted again to senior sergeant and began supervising the K-9 unit, motorcycle unit, and School Resource Officer program, in addition to the STAR team.  During that time he also established the Merced County Sheriff’s Office Honor Guard, which remains in place to this day.

Warnke retired from the Sheriff’s Office in 2008 after serving the citizens of Merced County for 30 years.  However, his retirement was cut short when the Merced County Deputy Sheriff’s Association convinced him to run for Sheriff.  Sheriff Warnke was sworn into office in December of 2014 and remains focused on protecting and supporting his community.